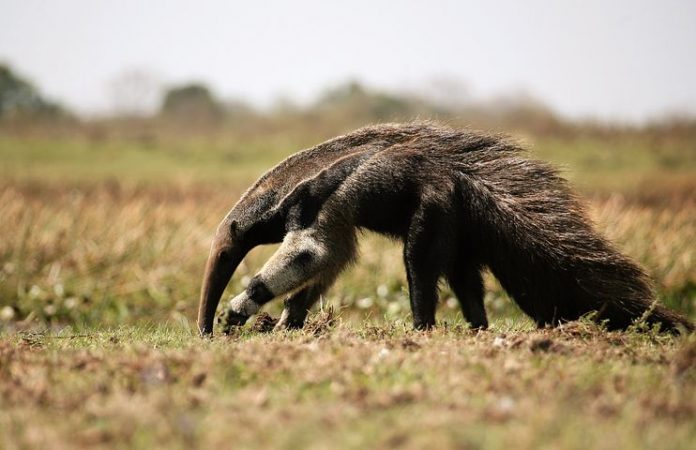 From the name of this animal, it sounds like Anteaters eat only ants but what happens when they do not get any food? Anteaters eat ants but this is not the only option they have. Finding a bunch of ants is not easy work. You can find ants one day, two days but every day finding a lot of ants is impossible. What happens if they don’t get ants for a week? They will die because of hunger. The fact is an animal can not rely on a single feeding option. They do eat many things to survive and satisfy their hunger. Anteaters are also known as antbears. The average lifespan of a female anteater is 10 to 11 years and a male anteater is 14 to 15 years.

What Do Giant Anteaters Eat?

Because of the special structure of the mouth for eating deep burrow ants and termites. they do not have teeth so they do not chew the food. They directly swallow the food.

Anteaters have elongated snouts equipped with a thin, narrow, and long tongue. The structure of the elongated snout and the thin and long tongue of the anteater help to go deeper inside the burrow and catch hundreds of ants and termites in a single time. They don’t eat ants and termites one by one. If they eat a single ant or termite in a single attempt then it will take a lot of time and energy to fulfill the hunger so they catch hundreds of ants or termites in a single attempt.

Their sight is poor but they have a good sense of smell so they search ants and termites burrow by smell. When they find any burrow, they use their forelimb to separate or destroy the upper part of the burrow and then use their snout and long tongue to attack ants and termites.

it is an impossible and energy-wasting process to chew thousands of ants or termites so anteater doesn’t have teeth on their mouth so they directly swallow the food.