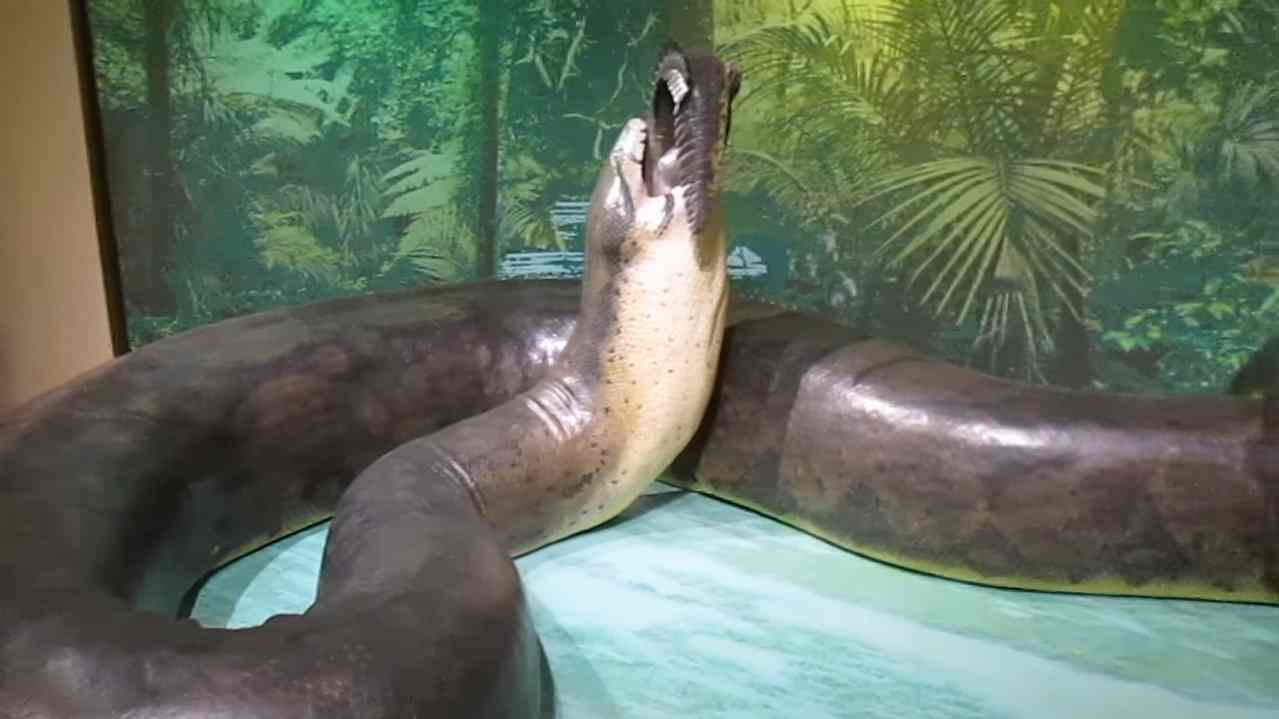 Titanoboa was dominating predators 60 Million years ago. Due to climate change, they went extinct but what happens if they were still alive? Titanoboa was generally growing 15 meters long and weighing around 1000 kg (2200 lb). They were carnivorous but they were not venomous so there is no fear of venom but their teeth were so sharp that they can easily capture any prey and prey can not run away from Titanoboa’s mouth. The favorite food of Titanoboa was crocodiles and alligators and also they were eating ancient turtles. The Titanoboa was identified as a Boidae family snake. In 2009, 28 Individuals of Titanoboa cerrejonensis fossil were found in the Cerrejón Formation of the coal mines of Cerrejón in La Guajira, Colombia

They were living in warm and river areas. They lived in northeastern Colombia. The only known Titanoboa species is Titanoboa cerrejonensis and they were living around 55-60 million years ago according to the fossil found in the Cerrejón Formation.

What would have happened if Titanoboa was alive

No! Titanoboa is an extinct predator. Many years ago due to climate change every Titanoboa died.

What was the favorite food of Titanoboa?

Crocodiles were the favorite food of Titanoboa and also primitive turtles. Apart from crocodiles and turtles, Titanoboa was eating fish and many other animals.

No! Titanoboa was a nonvenomous snake

If Titanoboa wasn’t venomous then how did they kill prey?

Titanoboa was nonvenomous but they have long and sharp teeth that no one can go out from these sharp teeth if prey will try to run away the teeth were go deeper into the prey’s body. Also because of their large body and weight, they have super strength they squeeze prey and stop the blood flow of prey’s body, and due to stopping blood flow oxygen supply to many organs are stopped and this way animal dies in a few minutes.

Are snakes carnivores? What do Carnivores Snakes eat?

The Truth Behind The Existence Of Nag Mani (Naja Stone)